This week it was announced that Devon and Cornwall point-to-point racing will be steaming live. The season will start at Bishop’s Court near Ottery St Mary on October 24.

I was fortunate to be part of the dry run which took place locally to us here in Buckfastleigh. It brought memories of me riding there flooding back. As a lad I would skive off from school so that I could watch the races there. I went on to ride a winner on the same course when I was just 16 years old. Who would have thought that 46 years later I would be racing on the same course again?

Many of today’s most successful British jockeys will have cut their teeth in the point-to-point world which is a race run over an average of three miles and 18 fences. It is a great place to gain experience for a life in the professional world of horse racing. I was and still am, the youngest person ever to have won a point-to-point horse race at the tender age of 13. I went on to spend about 8 years competing in the sport. During that time, I had 76 winners and was lucky to have come second in the national championships. Bryony also gained valuable experience riding in point-to-point, becoming Overall Juvenile Champion.

At the age of 62 it is great to be involved in the new concept of live steaming. The Devon and Cornwall events produce nearly 20% of all the point-to-point races in the country. Just like most other sports that have been devastated by the impact of Covid, point-to-point has also been hit hard. It had to find a way to generate an income and it is hoping that a pay to view revenue stream of the sport taking place safely behind closed doors will be the next best thing to actually being there. The first event on October 24, will be free.

The races will be presented by former national hunt jockey, Lizzie Kelly and Cornelius Lysaght who was a racing correspondent for the BBC.

I am sure it is going to be a huge success. 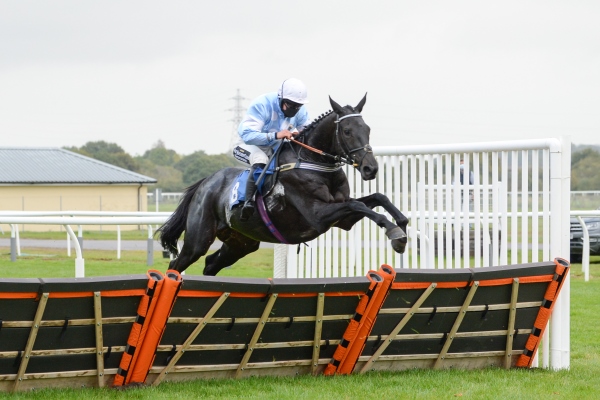 Back at home we were delighted with the performance of Bogoss du Perret, one of the horses trained at our yard. Owned by Joan Bury, he hadn’t raced for over 200 days, so we weren’t expecting too much but he flew at Newton Abbot and gave us all a boost. Praise goes to Jason Loosemore at the course who had done an excellent job preparing the ground.
Bryony had a great win at Market Rasen coming first for Neil King on Perfect Myth and then another first at Warwick for Lucy Wadden on Regarding Ruth at 16-1. I am looking forward to a few free drinks at the snooker club! Bryony’s current form shows she is coming first in 15% of her races.

Hadden’s show jumping syndication is gathering momentum and his horses will be leaving here on the 9th to join him in the States. They will travel by road to Amsterdam initially then will rest for a day before setting off on a flight to their fabulous new home. Hadden is counting the days when he will be reunited with them.

Following on from last week when we saved a crab from the boiling pot and set him free at Paignton, we’ve been disappointed to have heard nothing further from him. We assume he’s been too busy to call. That’s gratitude for you.