Finally we are racing. For the first time since lockdown Bryony rode in two races at Southwell on Wednesday and was delighted to be back in the saddle. 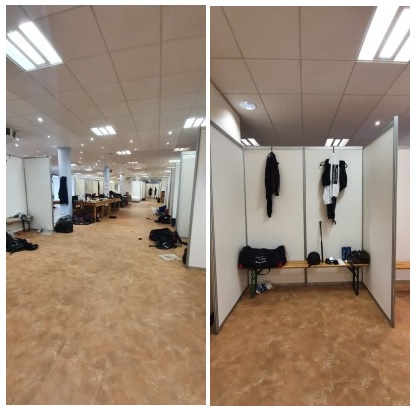 Wearing the mask that all jockeys were provided with, she said that whilst the atmosphere was strange behind closed gates, she felt alive again. Her next race is on the 6th at Uttoxeter. In the last five seasons, she has ridden 902 races and won an amazing 137 of them.

The rules surrounding who attends races and what is and isn’t permitted, appear to be changing on a daily basis. In the past week one change I was delighted to hear about is that two owners rather than one can now attend a race. Many owners see racing as a social event as much as a sport and it is far more enjoyable when the occasion can be shared with someone else. However, there are very strict rules around who else can attend and no betting or refreshments are available on site and jockeys still can’t shower after a day on the track.

One of the changes to the rules is the allowance of weight due to the fact that the saunas that are usually available to jockeys are out of bounds. Saunas are primarily used for sweating off weight. For example, if a jockey went in to a race one morning 3 pounds overweight, they would be offered the opportunity to sweat it off in a sauna before the race. In normal times an additional 3 pounds in weight is allowed anyway for the wearing of protective gear. Now it is six pounds and that’s because jockeys can’t sweat the extra 3-pound weight off through sauna usage. Confused? Here is another example: If the horse’s racing weight is 10 stone 3 pounds, a jockey can now weigh 10 stone 9 pounds with 3 pounds being allowed for protective gear and 3 pounds being allowed because the track has no facilities to sweat the weight off. Personally, I feel it is the responsibility for all jockeys to keep themselves in shape and within the weight allowance. If you can’t eat a full English breakfast without it sitting on your waist then don’t eat it.

I found it hard to see how they allowed to run at Leicester in Oadby on Tuesday when the city was in lockdown. There were several no-shows from trainers and runners and only four of the handlers turned up to the event. After the decision to lockdown was made by Matt Hancock late Monday, it meant there was little time to deal with the fallout from the announcement. The BHA announced late Tuesday morning that the racing could go ahead and by that time many competitors had decided not to go. The race went ahead without the use of starting stalls.

Due to all the rain we have had recently the ground is now good for forthcoming meetings. Rumour also has it that people will be able to attend races by the end of July. With the exception of the big races like Aintree, Cheltenham or Ascot, it is fairly easy to socially distance yourself in the open air at a racecourse. Compare that to the recent scenes we have seen on beaches, it makes attending a race meeting as dangerous as a trip to the garden centre.

Finally, I just wanted to thank Mr Jones of the National Trust. If you have been following this column or have seen the various newspaper articles locally covering this story, the Trust installed drains in the woods here in Buckfastleigh that are narrow enough to trap a horse’s hoof in it. The same drains were used on land in Essex and sadly a young girl on her horse died when the horse’s hoof got stuck in one leading to the horse and rider to fall. The potential for this to happen again is obvious. It now looks like the NT will be adjusting the drains so that the many riders who use the woods, including me who has used them since I was a boy, will be able to ride in safety. Thank you again Mr Jones.