The family is full of streaming cold. Nikki managed to buy paracetamol and cold treatments before the shops ran out, and although we are all certain it’s the common cold – we don’t have a temperature, we thought we shouldn’t take any chances. Our sons are with us. Hadden was due to fly back to the US to work on Sunday but they first cancelled all racing over there and then they closed the doors to non-US nationals. 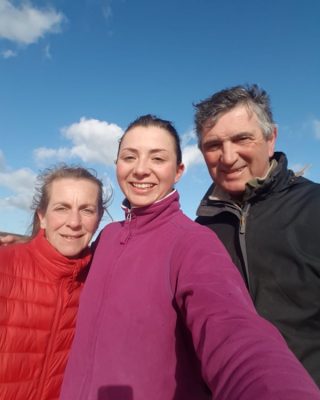 What a week for everyone. On Tuesday Bryony ran a race in Taunton behind closed gates to no public. It was a strange and eerie feeling. That afternoon it was announced that racing would be banned until at least the end of April. No racing means no income which is extremely worrying. Last week Bryony raced at Cheltenham. It seems a lifetime ago now. I was able to include the results of the race on Frodon in last week’s diary but not the race on Sir Pyscho. If you didn’t catch it on TV, she ran a great race coming fifth and we are all so very proud of her. 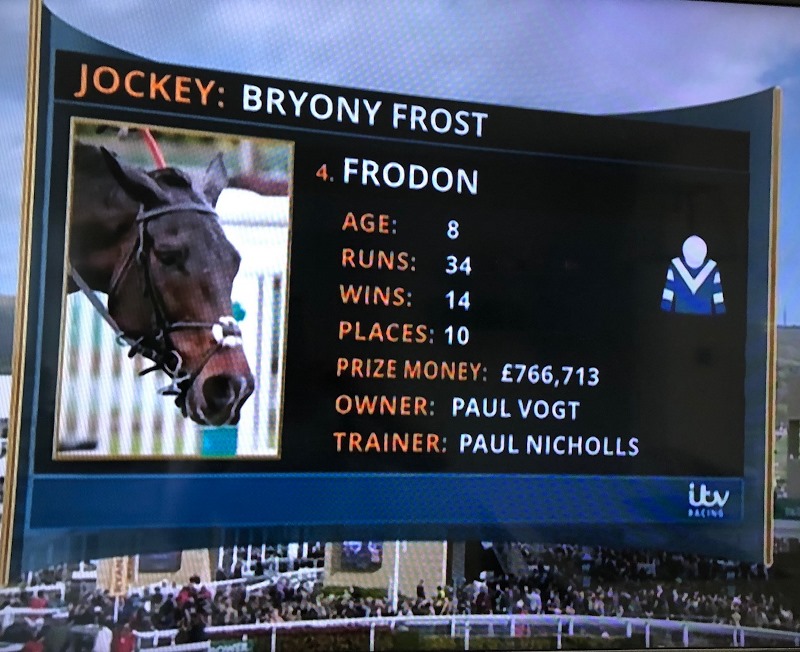 Like all sports fixtures, the Grand National has been cancelled. Whilst Bryony is upset about the cancelation, she is limping around with an injured knee, so I am not so sure it’s a bad thing. Nikki and I have told her that this break in racing gives her a chance to rest and hopefully sort her knee out. Last year she broke her shoulder just after Cheltenham. She was due to race at Aintree for the Grand National but due to her injury she ended up commentating for the race for ITV. It was great experience – she speaks very eloquently, but she would have preferred to be one of the riders. As we said last year – maybe next year.

Our son Hadden who is also self-isolating with us, is earning his keep helping break our two-year-old horses in and working with his two show jumpers and Bryony’s young horse which he and Nikki recently took to perform in Spain. He’s a grown man but it’s still nice to have him at home with us and particularly for Nikki on Mother’s Day. On that note, if you are stuck for ideas for Mother’s Day why not buy mum membership to The Frost Racing Club? Enjoy all the fun of owning a racehorse without any of the hard work involved or the huge overheads. You can find the details on the Frost Racing Club website. 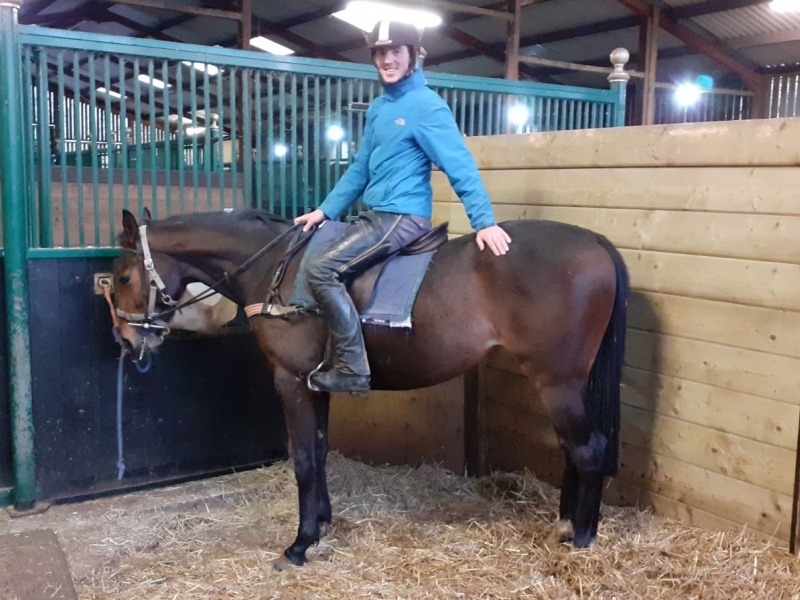 Hadden Frost earning his keep, ‘breaking in’ one of the two-year-olds

This morning I have been trying to find out what the rules are about staffing during the Coronavirus outbreak. We obviously don’t want our staff put at risk but we of course need to feed, exercise and keep the horses warm and dry. We can’t as yet find the information we need online. I don’t think Bryony is entitled to any help as she’s self-employed. Fortunately, she does earn a small salary working for Paul Nicholls the trainer in the mornings. As I said earlier, it is truly frightening, but I appreciate it is the same for each and every one of us.

The little foal that was born two weeks ago – Dartmouth Bay, is now wearing a halter and has taken to it so well. He is enjoying skipping around the field, keeping a close eye on his mum and not straying too far from her. He is a beautiful little thing. 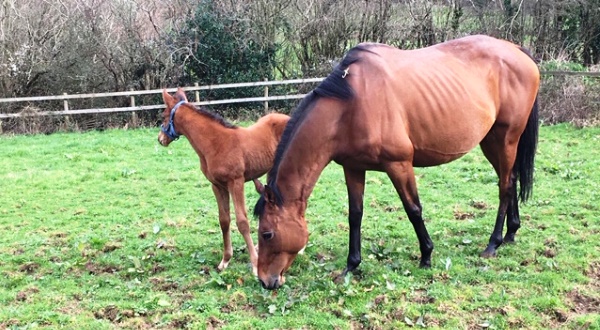 Have you seen the note going round that says that the Corona virus must have been invented by women? It suggests the closure of pubs, having to work from home or self-isolating for 14 days means that us men will have no excuse but to get on with the odd jobs around the house that we have been putting off for months. Nikki keeps looking at the paintwork and the walls. I have a feeling whoever wrote that comment is right. I’m pleading illness.

Catch up again next week when by then hopefully we might have a clearer picture of how to handle this dreadful situation.

Until then, keep safe and look after each other.