Our hearts go out this week for the young jockey Alexander Thorne. Aged just 24, he rode his first televised winner at Taunton this week but was disqualified for a simple mistake. He forgot to get weighed after the race.

Currently the rules at courses to make sure everyone remains Covid safe, mean there is a lot of confusion. Bars and restaurants have replaced dressing rooms to ensure maximum social distancing, the pedestrian routes around the course are now all one way and you really have to concentrate to make sure you keep to the pathways created by the individual course management.

Normally when you come out of the changing room you pass the ‘doormen’ to make sure you don’t forget to be weighed both going out to the race and coming back in again. Currently the weighing room is situated away from the changing room so there is no reminder. The young jockey remembered to get weighed on his way out but not on his way back from his race. No doubt excited by his first ever televised win on ITV he went straight to the makeshift changing room, which he had to access via the new one-way system going around the carpark and missed the weighing room. He was suspended for 21 days. Why so long when a jockey can commit a dangerous riding offence and only get five days? It doesn’t make any sense.

All jockeys know they are responsible for their actions but on this occasion, and bearing in mind this was an error made after the race and during very strange times, I feel this was totally unfair.

Punishment is also not consistent. This week at Fontwell there was a fall. A horse had been brought down and the veterinary officers had to attend to the horse. Chevrons had been placed to steer the remaining jockeys away from the accident, but it was still obvious they needed to jump the hurdle. Seven horses ignored the chevrons and went around the hurdle. Only one jockey read the chevrons correctly and jumped it. Not one of the seven received any penalties – not even a day’s suspension, whereas poor Alex was suspended for 21 days following a good clean race. 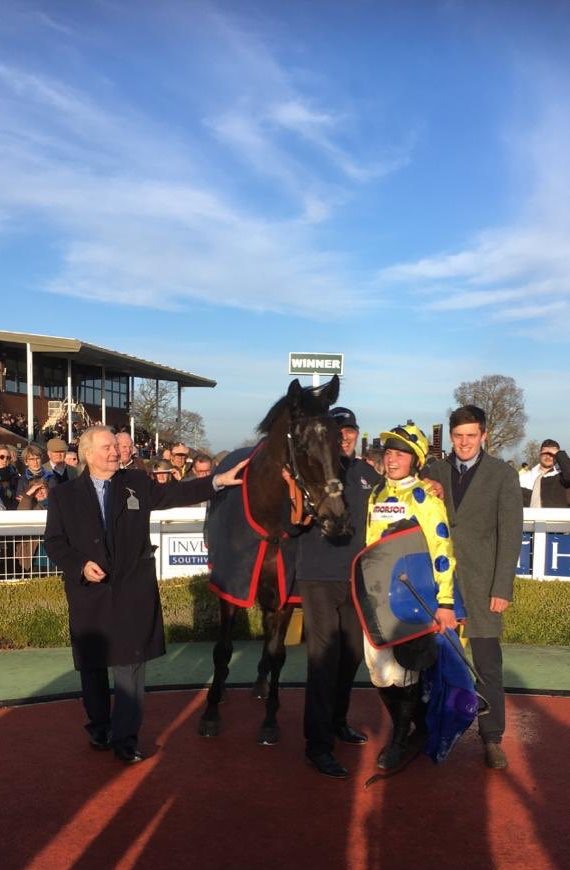 A jockey’s life is not easy. They start early, eat very little and have to keep watching their weights. They drive miles to courses most days, sometimes to more than one course a day. They risk physical injury every time they ride, end each racing day exhausted and then have to drive back from the race which might be hours from home. They also get idiots tweeting them to complain that they lost them a bet, something that happened this week to Bryony who came second at Cheltenham on Yala Enki. She received a tweet from a guy who told her how useless she was as coming second as it had lost him a tenner. A tenner he chose to bet knowing he might lose it. Bryony of course read the tweet. I told her to ignore the idiot – although I used a far worse term than idiot. I would like to see him do what she does.

Bryony also had a nasty ’brought-down’ at Fakenham. A horse’s hoof caught her in the face nearly breaking her nose. Thankfully, the mouth guard protected her teeth, but her face is very swollen. She says she feels like the elephant man.

Back at home I can hear the poor turkeys gobbling in the barn. Their fate’s sealed. Christmas is going to be a weird one this year. It reminds me, I must look online for a present for Nikki. After missing her birthday, she will never forgive me if I don’t buy her a decent Christmas present.