The life as a racehorse trainer is filled with ups and downs. This week was no exception.

Bryony had a fantastic win on Bogoss du Perret at Stratford for owner Mrs Joan Bury. He had run well at Newton Abbot at the start of the month following an eighteen-month break due to a strained ligament and went on to prove what a total star he is with Bryony saying he just flew with her. Due to Covid restrictions Joan couldn’t attend the race but she was absolutely delighted as we were, that he was back to his amazing self.

Following a great start to the week things came crashing down when Simple Words ran a very disappointing race at Exeter. We were most shocked as he had been running beautifully during training so there was no reason for him to be any different on the track. It is a total mystery and a day I want to forget.

Bryony who is the Ambassador for The Jockey Club has been asked to write a weekly column for The Sun. The column, which is a joint project with The Jockey Club, will start on Saturday and has a readership across both print and digital platforms of 39.8 million per month. We are absolutely delighted for her. She will have to dictate the column by phone as her racing schedule is so hectic but like everything she does, she will take it all in her stride and no doubt do a great job.

This morning we had a bit of a scare when one of the horses went down with colic. Colic can be fatal in horses but fortunately we managed to treat it at home with painkillers and plenty of fluids. This is the second case we have had in a month and last time we ended up having to rush the horse to the equine veterinary centre. We waited on tender hooks for 48 hours before we got the all clear. Thankfully today wasn’t as serious. 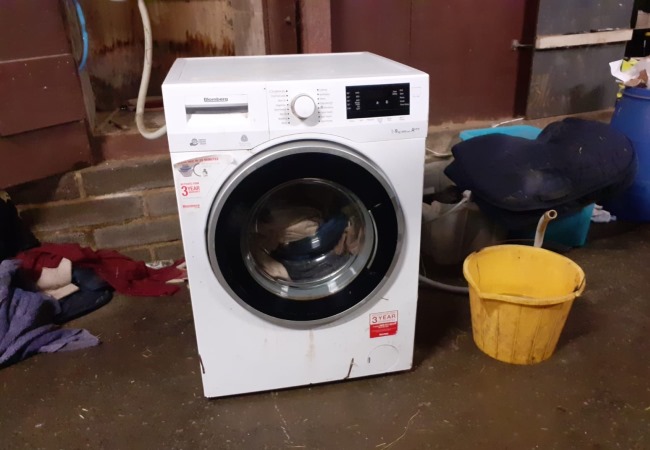 This afternoon we heard what can only be described as an explosion from the stables. Rushing in there not knowing what we might find, we were greeted by the washing machine upside down having escaped from its hole during the spin cycle. Genuinely it sounded like a small bomb going off. No wonder I am going grey so quickly.

Our son Hadden is finally settled and is working in what he describes as idyllic countryside surrounded by mountains in Buffalo near Canada. He is breaking in young show jumpers and couldn’t be happier. He said the wildlife is incredible and he is not missing the UK at all. Nikki and I are so happy for him.

As I said, a week of ups and downs. We all have them I know and it’s always worth remembering that old cliché that despite how stressed you feel today that tomorrow is another day. Off to the dump now with the washing machine. I lead a glamorous life.

Until we catch up again next week, remember hands, face, space and importantly be kind to each other.