Bryony and I took Quinto to Warwick on Monday and he ran really well coming fourth out of 17. He’s been placed twice now in his last two runs which has pleased our racing club members.

Monday was a fabulous day and Warwick put on a superb show. We felt totally safe with the social distancing measures in place, and although spectators were sectioned off using barriers, the fact you could see other people around in the distance made the event feel normal. Hats off to everyone who was involved.

As we travelled back Monday our hearts sank as we heard rumours of a reversal of the Government’s decision to open spectator sports up again in October. Our happiness was short lived. On Tuesday, the Government confirmed the worst. Spectator sports will not be opening up in the near future.

The new measures put in place is a real blow to the industry. So many people depend on it for a living. The courses and their staff, the BHA and the Jockey Club have worked incredibly hard to make the sport as safe as it possibly can. Being outdoors in a huge expanse of grounds, separated by barriers and with considerably reduced spectator numbers, there cannot be another sport as safe. Compare that to being in a shopping centre or even supermarket, and I know where I would rather be.

Racing is the second most attended spectator sport in the UK. Thousands of jobs and livelihoods have been and are affected by the closed-door policy. I read that racecourses are facing a loss of £250 to £300 million of income this year. This means less prize money for participants and owners. Income that also supports the welfare of our horses.

They say racing is a rich man’s sport. Sadly, we are not rich, and our income tends to come in through other channels. I thought I would share with you the costs and return for Monday’s race at Warwick:

We usually need to win about 1 in 4 races to break even. With reduced prize money being in the pot we need to supplement incomes via other revenue streams.

To supplement our income like most yards, we offer livery and training to other racehorses. Currently our yard is the least busy we have ever seen it. The reason being that people’s livelihoods are being affected by COVID and they can no longer afford to keep and/or train their horses.

The perception that our industry is not affected by the current economic climate is not the case. From stable hands to trainers, from jockeys to owners and to the many people who work at the courses in hospitality, this is a frightening time for us all. 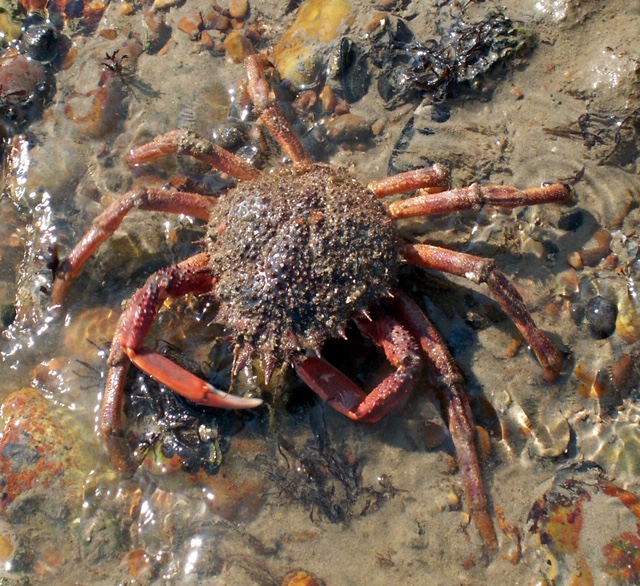 Saved by a wink!

As you know I always end on a positive note. Yesterday one of our customers kindly gave us a spider crab for our supper.
Nikki and I had no idea how to cook a spider crab, so Nikki rang my mother. Whilst on the phone our son Dan announced that the crab, which was upside down on the draining board, had winked at him. We gathered around to check if the wink was a one off, but it happened again. I carried him out and put him in our dogs’ paddling pool. Sure enough bubbles started appearing and he or she started to move.

We are not too close to the sea so last night I took the crab to the snooker club where I knew my friend Ben Westaway would be there. Ben lives in Paignton. I asked him if he minded putting the crab in the sea on his way home – after a few games of snooker course. At 10pm he rang to say that the crab had walked off into the sea and appeared quite happy.

I am not sure we will be able to eat crab again.

Until we catch up again next week stay, look out for winks and importantly be kind to each other.