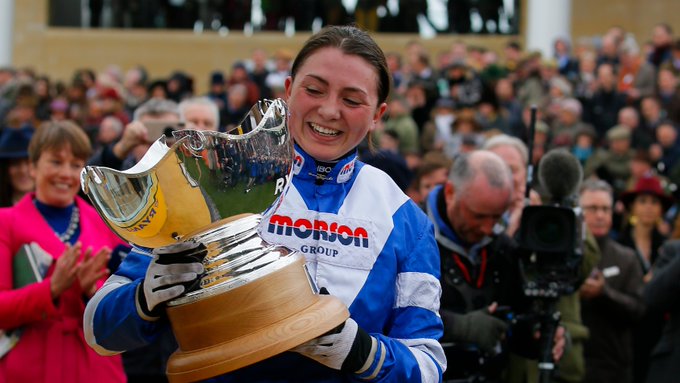 A huge congratulations to Bryony Frost who has won the HWPA Jump Jockey Of The Year award!

What a year she’s had & what a future she looks to have🙌🙌🙌 pic.twitter.com/ZTgJJWXCHX

“Bryony Frost became the first female rider to lift a Derby Award as she was crowned Jump Jockey of the Year at the annual Horserace Writers & Photographers Derby Awards in London.” – Follow this link to read the full article by Sporting Life