News from the yard and beyond 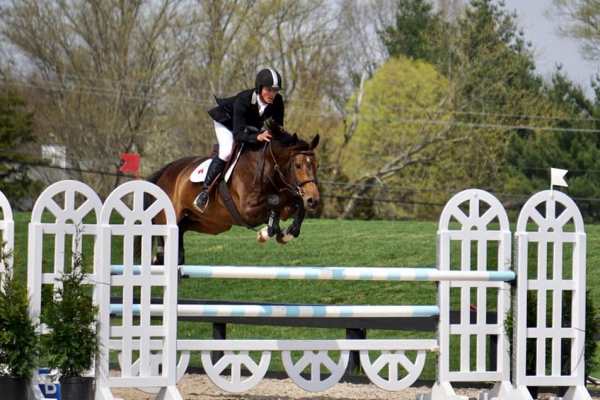 Well, we are in an interesting time of year on the yard. With the weather warming up and the going firming up, the mud larks cannot run. And so, we have a rolling change in the string, the summer horses have been put onto the work list as priority and the horses who like some give in the ground get let down for their summer holidays or on tick over. We are not quite into real summer ground yet and so we have to play it by ear when doing entries and hope the going report is genuine before we start travelling to the race meeting! There is nothing more frustrating than travelling to a meeting only to find the going is too firm or too soft for your intended runner. It is also expensive, and the poor horse has had to travel, which can be tiring, not only that, for a small yard like ours at least two riders have been away from the yard!

For the first time in many years, we have sent our broodmares away to stud. We have had our own stallions here on the farm for so long that this novelty has proved very worrying for me! I love my mares, I love to watch them and consider how much they have achieved in their lives. We only have two now, but both had successful racing careers. I also always marvel at how quickly they change and settle into not being a race horse. I know it’s all nature and having babies is the most natural thing. And it is probably my romantic nature, but I am sure they swagger, with their newly found rotund bodies, passing all the horses in training, as if to say “been there, done that!” and maybe, “if you’re half as good as I was?” They have a subtle serenity about them not unlike some older people who are content and enjoying retirement after a long working life in which they have gathered much knowledge and experience.

The mares enjoy the notoriety they seem to have in the “herd” and the reaction of the other horses on the yard when we lead them through the barn is fascinating. When they have their foals at foot it goes to another level, the excitement reaches fever pitch!!! Even the geldings are desperate to talk to the foals as they tippy toe passed! And everybody seems to go “gooey”! I have often wondered about this. You can lead a pony through the barn and although they show an interest in such a little thing it is definitely not the same reaction. I am sure as a “herd” the group is fully aware they have a foal amongst them. When we did have the stallions here, Morpeth in particular would know when we were moving the mares into a new field. He couldn’t see from his stable, but he would react. He would winnie and get really wound up. It just shows the intuition, sensitivity and intelligence of horses. We are so lucky to spend our lives working with these amazing creatures. How generous and honest they are?

On the subject of young horses, this is the time of year we start work with the next group. At present there are six of the little darlings! A 4yr old, a 3yr old and four 2yr olds! They are scattered randomly around the yard looking like scruffy little ferals, yet to have their manes and tails tidied up! With a look of “I hate school” about them, blowing raspberries at the race horses gliding past them, in their shiny summer coats! The 4yr old will be re-introduced to tack and will start riding out gradually and the 3yr old will do a little bit. We do work with all the young horses as they grow up, it makes it much easier when they come to be broken in, less stressful for all concerned. The 2yr olds will be backed now along with their long reining. As I walk around the yard in the afternoon, I come across various little ones in differing states of dress. One may have a roller on, one may have one of the old pony saddles on, one may be trying to cram hay in which he has discovered isn’t that easy with this thing they have put in my mouth? Another may be having a tantrum, because he doesn’t want to be tied up. The next one is in negotiations about why he should pick his feet up? It is a great time and a time that needs a great deal of care and thought. Our philosophy has always been to “break” them in as riding horses, they should ride properly, steer, stop, be independent, they should not just be able to ride in a string. Walk when everybody else does, gallop when everybody else does, stop when everybody else does. In the long term it is better for his life and if at the end of his career he becomes a hunter, riding horse, show horse etc at least he has some knowledge of what his new human is trying to make him do! I also have a mad theory, that surely in a race if the jockey wants to race wide of the rest of the field, or take a different line, he/she must be able to steer the horse and it should be confident enough to able to race independently.

Some young horses who are further on than the “St Trinians” gang, have started their careers. The Maidens! The two who have raced have made a good start. They are both very green and haven’t seen much of life, they are both home-breds, so haven’t been through the sales, travelled much or had a racecourse gallop. They really are starting from scratch! But I have been so happy with their attitude and behaviour, it is always a worrying time as their first outing approaches. As I previously said we are confident in their knowledge, they have schooled a lot and we can’t do any more at home. You have to start somewhere? And the only way they can really learn is to go to the races. Missyouatgorcombe was having her second run at Flete, but she had a baby moment going through the crossing that has wood chip. She has never met wood chip before and really didn’t like the sharp bits kicking back at her face! By the time she got herself back together the open ditch was approaching fast, she scrambled over that but found herself quite away off the rest of the runners and so she was pulled up. I would much rather the jockeys do that; she went home all safe and having learnt a little more about the job. Obviously, at some point she will have to get it together, but she is making good progress. The Meaden’s, another maiden, had his first outing on Monday. He was very well behaved and stood patiently in the lorry. He even waited for the hound parade, that for some reason was held just before the baby maiden race. Anyway, it’s all a learning curve, but the hounds always seem to make the most of their 5 minutes in the lime light! Usually, means at least a couple go AWOL! Which could have been interesting if they had met all 4 maidens, saddled but hiding behind the lorries, waiting for a clear path down to the paddock!!!

So, that has caught you up with the yard news. Hadden’s news from USA now. He has been almost simultaneously riding in two disciplines which couldn’t be more different from each other. Timber racing and show jumping! He had a good ride on Drift Society, who is going to run in The Maryland Hunt Cup. (So that is something for me to start worrying about!) And Cruising Suzy, his show jumper, who is fulfilling his faith in her ability and jumping so well. She is becoming very consistent and reliable. She is jumping 1m35 tracks and all their training is paying off. It was a huge decision to take her with him when he went to the States, but they have muddled through and are having a real adventure!!! With all Suzy’s talent she could probably write the book as well!

As I write, Bryony, is being assessed to be passed to ride. She has been working hard in the gym, swimming a lot and running miles albeit in sunnier climbs, but who can blame her? Hadden is thrilled she has taken up yoga, after years of him telling her she should! It will be fantastic to have her back, can’t wait!