This is your Life, Jim 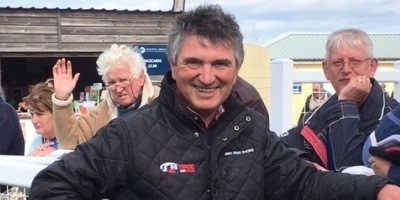 After weeks of secrecy, sneaking around and phone calls in the middle of the night, the big secret was revealed on the 14th November!!!
A surprise celebration in a “This is your Life” style, Jim had no idea and was shocked to say the least!!! He believed he was going to a charity race night at The Eastern Eye, Newton Abbott.
I want to send my heartfelt thanks to everybody who came, lots of people close to Jim throughout his life made it very special, recollecting memories and telling stories. I also want to thank my co-conspirators without whom it would have been impossible. Poor Chris had several whispered messages and hushed conversations ended suddenly, when Jim came in the house!!! I was nearly caught one day hiding in the garden shed. The airing cupboard was another good hiding place, but I couldn’t see him coming? But I have discovered I can go to the pub for a couple of hours in the middle of the day and he doesn’t know I’ve gone!!!
Thank you all for coming on the night, I hope you enjoyed it.
The stables look amazing and such an improvement. Brian has done a fantastic job, it has not been easy. The floor of the barn, which was originally a cattle barn, is not as level as we hoped. But with a little jiggling and a lot of patience he has managed it! Now, just got the other end of the barn to do!
The first point-to-point was on Sunday. We ran Cuddle Up, who is owned by Lucy and Robert Dickenson. It was good to start the season, and not too far to travel! She ran well; although Josh pulled her up, she took the day very well and has come home enjoying her first ever day at the races. It was a bit hectic finding all the pointing equipment, especially as we took Hadden’s lorry. I had taken everything out and cleaned it ready for sale. As you can imagine there is always a lot of gear in lorries, every eventuality is covered! Spare tack, vet first aid, buckets, sponges, coats, wellies etc, etc, etc. Thank you to the team of helpers that came to my rescue, especially to Anna Hylands, who led up and looked after Cuddle.
Looks like we’re having a cold snap, so keep warm and safe, speak again soon.